Hi !
I am trying to complete as many UFO’s as possible before this year end...
Here is another crochet doily which is yet to be blocked as usual. 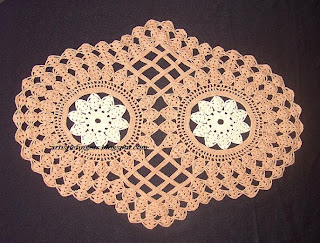 A reader had asked me why I’m not blocking my doilies as soon as I finish it. The reason is I don’t have enough furniture to display all my doilies, so I block a doily only before I display it. 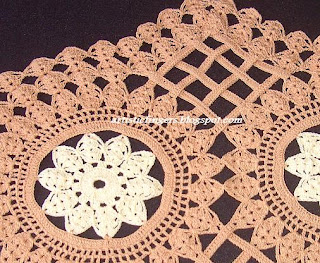 Here is another stitch tutorial for y’all. 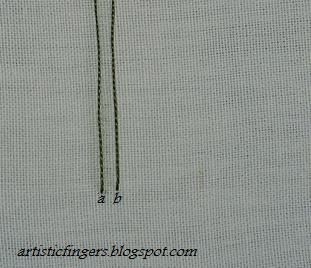 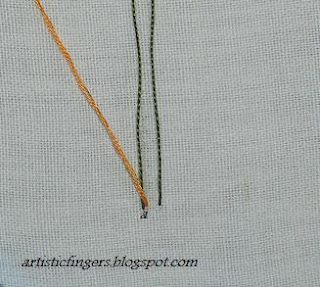 Step 2: Thread the needle with a second colour thread and come up to the right side of ‘a’ as shown. 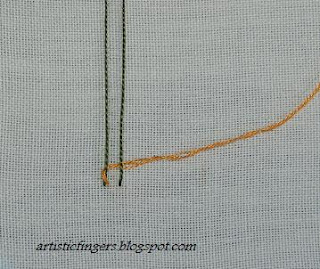 Step 3: Pass the thread under both the threads (green) from left to right as shown. 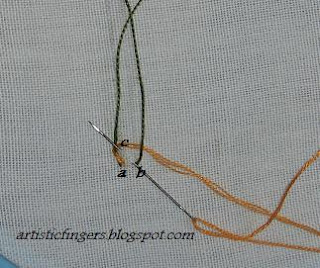 Step 4: Go down at a point close to the left of ‘b’ and come up at ‘c’ which is inside the orange thread and right of the green thread. 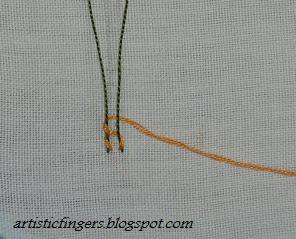 Step 5: Pull the needle and pass it under both the green threads as shown . 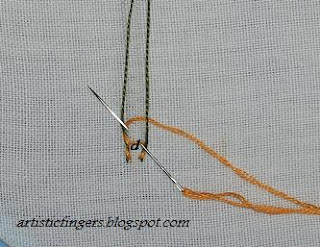 Step 6: Go down at ‘d’ which is inside the first chain formed and to the left of the green thread and come up at a point little away from 'c' as shown. 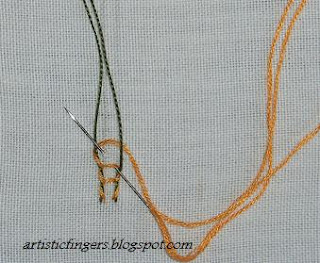 Step 7: Continue working steps 5 and 6 until you reach the end. 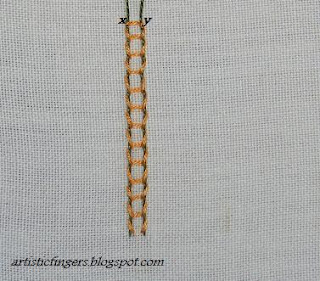 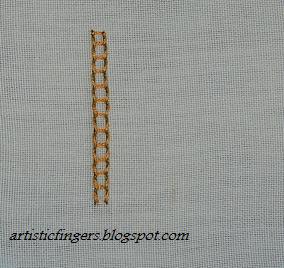 Step 9: Pull both the green threads slightly,take them down and end.


This stitch seems like a complicated one when you read it but actually it’s pretty easy once you get the hang of it,only pressure point is to get the space even.

Hi!
I've started to paint again after a gap and I feel really good.

Sorry, I can’t show you the whole painting because it’s for a gift. I tried to paint a row of trees with some light, shadow in this and am pleased with the result, so I thought I should share this with y’all. Feel free to leave your comments. I’d appreciate all your suggestions and it helps me to grow as an artist.
Thanks for visiting. Have a great day!
Anita
Posted by Anita at 10:55 3 comments:

Hi!
I was trying out different fabrics for the gold work project this week end, hopefully will fix one soon . I can’t wait to start the actual stitching.I hope y’all had a great weekend like me.
I've just finished a pineapple doily by Jo Ann Maxwell and am happy to share this picture with y’all. 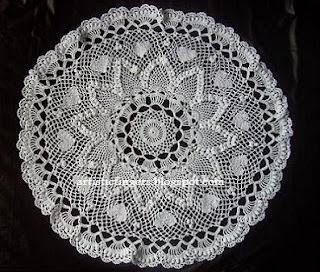 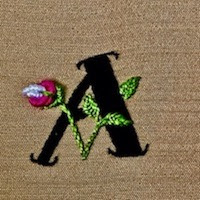 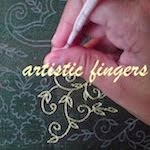 Anita
I'm a student,teacher and self employed embroiderer.If you have any suggestions please leave a comment or e-mail me at artisticfingers2012@gmail.com